“K-POP COALESCE 4 is Link-Up Productions’ anniversary celebration of Link-Up’s first official event- K-pop Coalesce which took place back in 2014. By now, a close-knit community of dancers, cosplayers and fans of everything about Korea are its attendees! Celebrate with us to find out why Link-Up Productions is well-loved by many. Make new friends who share the same hobbies as you do, meet interesting people and enjoy high-quality performances by our talents!”

Link-Up Production has been organizing the event ever since their very first K-pop cover dance event held last November 30, 2014 titled #K-POPCOALESCE. The word itself caught the attention of many, with most fans thinking what ‘Coalesce’ meant. In Layman’s term, it simply means to “bring together for a common purpose.”

“This event is widely known for being the first ever K-pop cover group concert in the country that changed the local K-pop event scene in Metro Manila.”

Prior to the event, the Team Ulzzang Contest segment was cancelled, leaving K-pop Cosplay and K-pop Cover Dance Competition as the contests left to be presented.

We arrived the site and queued by 12:30PM after reading their announcement that registration and ticket-selling will commence at 1:00PM. But with quite the disappointment, the line wasn’t moving for a period of time. ☹

We were able to enter the theater at past 2 in the afternoon and was welcomed by the Dance Camp students rehearsing for their recital. The theater was filled with both fans and supporters, and to my surprise, there were adults – probably parents of the students. It was heartwarming to see them supporting their kids’ passion not only for K-pop, but also for dancing. It was a different sight to see, after all the events I’ve attended before.

The event started at past 3, with the host Song Dong In asking the audience to rise for a short prayer led by the head of Link-Up Productions himself, Mr. Vincent Igno. 🙂

Without further ado, the host proceeded with the event proper, having the first contest, K-POP Cosplay, which was first in line. By the word cosplay itself, meaning costume play, contestants were encouraged not only to represent a specific K-pop Idol / group, but also to showcase their talents in dancing – a complete package, I must say. There was a total of 17 contestants equipped with the proper outfit to match the idol they were representing, also bringing with them their talents to complete the stage performance they wanted to present.

We were both stoked and entertained, watching the contestants dance and cover their idols. They were indeed very talented and creative, as always. Kudos! The winner for this contest was Karlo Angeles, covering Chungha. Congratulations! 😊

For the K-pop Cover Dance Competition, the participants were divided into sub-categories but would still be competing against one another. We were able to learn new songs by watching them, since we already pass as ahjummas of K-pop and are not really updated with the new groups. 😅

Commending not only their talents, but also their costumes, props and outfits. We were blown away and were in awe seeing their beautiful attires. I mean, you really get to see and feel their love for K-pop, as well as performing. Some people might think that they just borrowed their clothes somewhere but as a matter of fact, most of them had their clothes tailored and customized well. 👍🏻

Congratulations to the winners for this segment! 😊

After the battle of the cover groups, students from the Dance Camp with group name K-pop Express, had their recital, showing the audience the dance steps and grooves they have learned from their dance instructor Keefe Millan. They had a total of 7 sessions, and within that span of time, the students got to know and befriend one another, creating a bond that brought more life and meaning to their medley performance. 😊

Intermission numbers from special guests Raven Rouge, Teenage, Neverglow, Niz.One, Y.O.U., brought energy and color to the stage as they performed a variety of songs covering K-pop groups such as BTS, Everglow, IZ*ONE and etc. Teenage was well-known and welcomed by the crowd, and I must say, they were indeed talented and good-looking. 😊

We were not able to watch the event until the end because my friend had to leave early. 😓

It was kind of nostalgic attending this K-pop event. I used to attend events like this way back 2013 with my group of college friends. It was still exciting and fun, because I, myself, feel entertained and stoked watching fellow fans perform on stage. I like watching them dancing, because I’m not really a dance type of person. 😅 The only difference now is I’m not familiar with most of the new songs being performed. But overall it was a good experience, being able to witness performers whose passion took over the stage and the crowd.

I honestly think that these kids, these contestants, are not after the monetary prizes. It’s actually about the happiness it brings them when they perform on stage. It’s the togetherness and time they spend with their groupmates practicing and bonding, the memories they create not only for themselves but with other groups as well as the crowd, the joy they bring to fellow fans, the smiles and applauses they get… it’s all priceless. Acceptance, freedom of expressing themselves and being who they can be – because in events like this, no one judges you. The crowd does not judge the performers, we embrace and clap for them.

Because honestly speaking, performing and attending events, they’re a breathing hole for most fans. 😊

Thank you Link-Up Productions for the amazing event! Hopefully next time, the event starts on time. 💛

This site uses Akismet to reduce spam. Learn how your comment data is processed. 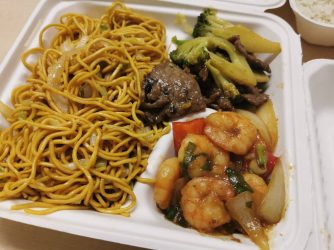 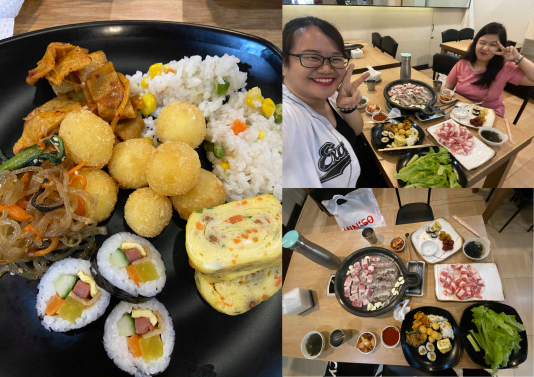 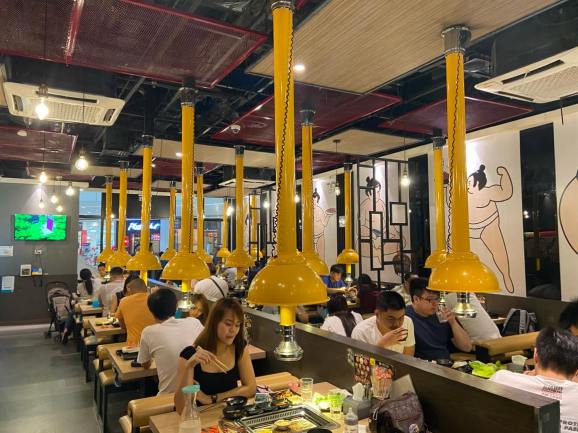